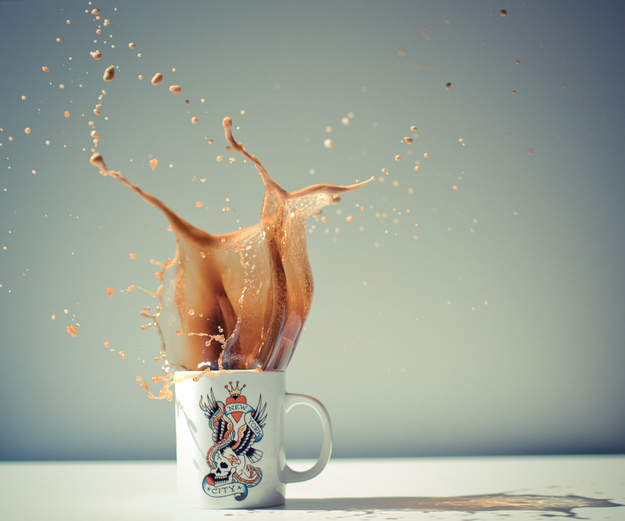 Coffee is like pizza: All of it is good, even though most of it is terrible, and only a little bit of it is truly amazing. The thing is, making killer coffee is reeeeeallllly easy. 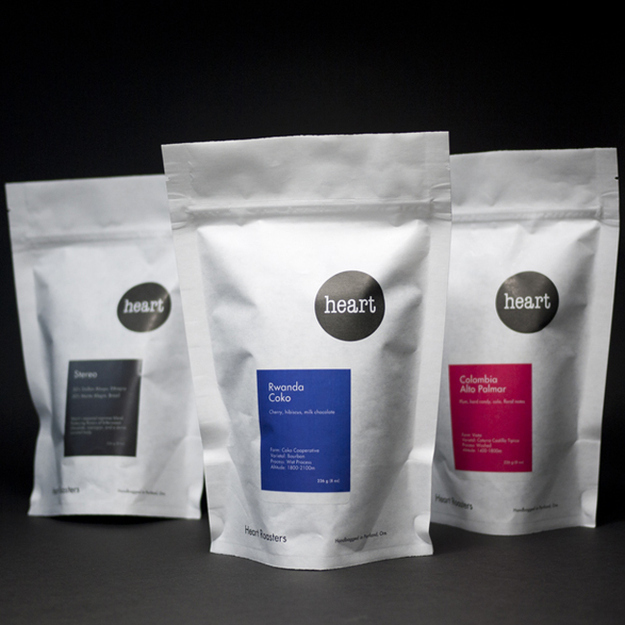 If it doesn’t have a roast date on the bag, it’s not good coffee. You’ve got less than a month from the roast date to drink it. (~$15)

Step 2: Get a burr grinder. 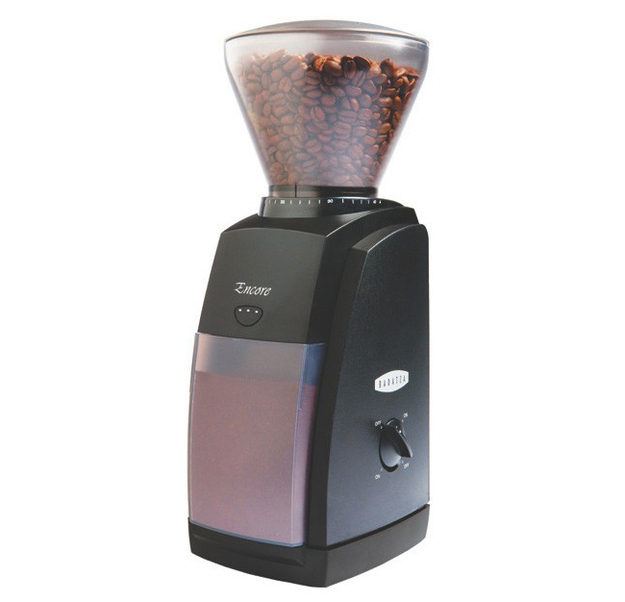 The cheapest good electric burr grinder you can get is Baratza’s Encore, which starts at $130 new, but can be had for around $100 refurbished from Baratza. (If it’s not there, check back every Thursday.) It’s expensive, but I actually could not find a single pro barista to recommend a cheaper electric grinder; it doesn’t exist. 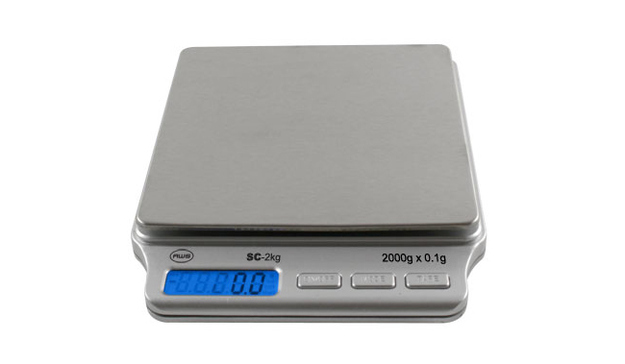 It sounds insane, and friends will make jokes about how you look like a drug dealer (lololol), but it’s actually less annoying than measuring by volume. Also it’s more precise: Coffee beans have irregular shapes, and the volume of water changes when it’s basically boiling. And making good coffee is largely about consistency. Grams are your friends. (~$20)

Step 4: Get a Clever dripper. 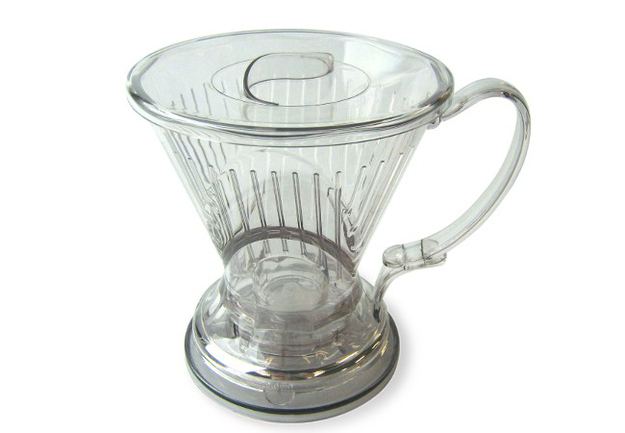 It’s called a Clever dripper, and it is perhaps the most hassle-free, foolproof way to make coffee ever invented. (~$20) 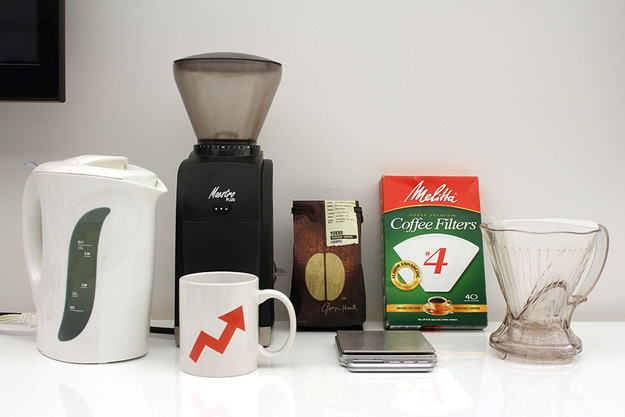 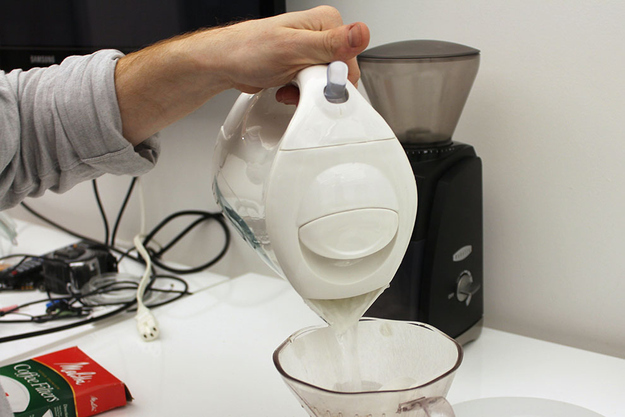 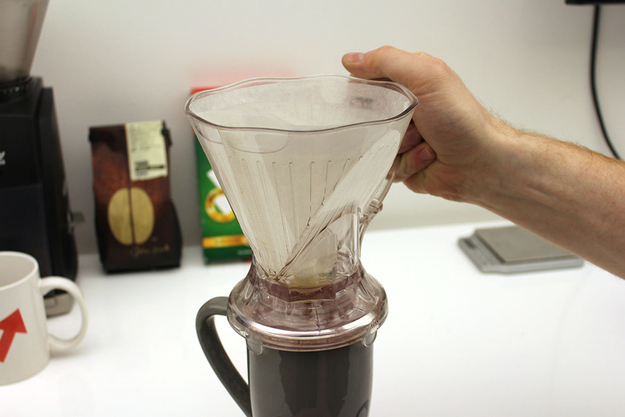 To do this, set the filter inside the Clever dripper, set it on the coffee cup you plan to use, then pour boiling water into the center of the filter so it settles in there evenly. Let it filter out, then dump the hot water out of the cup.

Measure out 2 grams of beans for every ounce of water 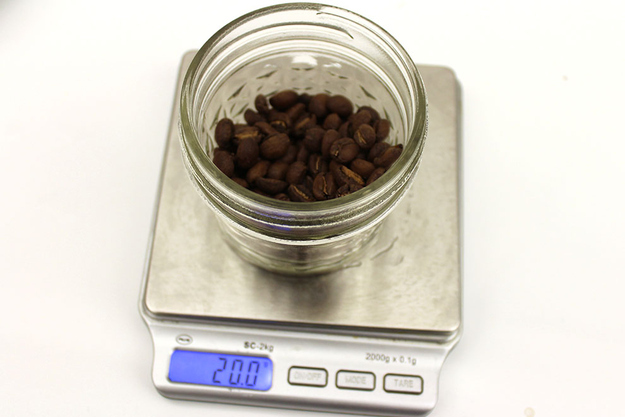 There are lots of different formulas and coffee-to-water ratios, but this is easy to remember and a good starting point. 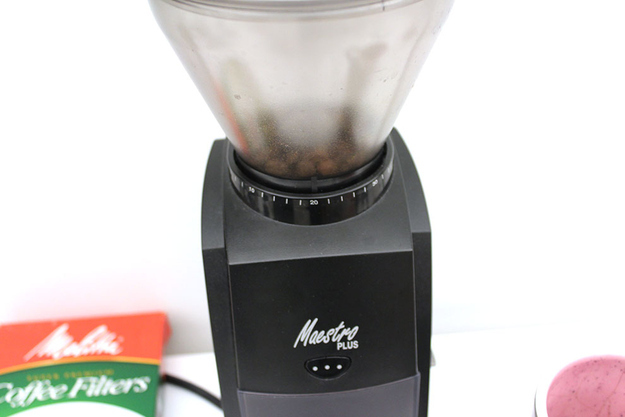 This needs to happen right before you brew. 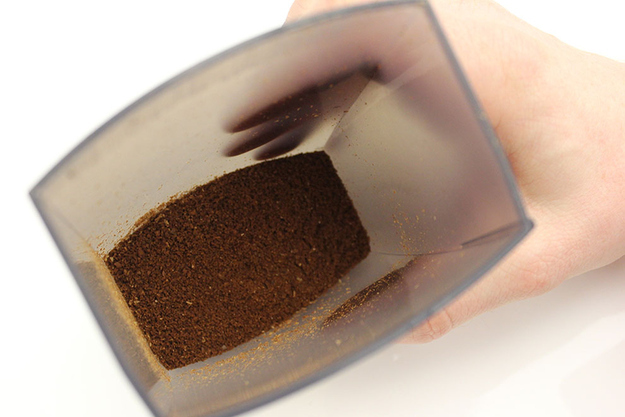 Grind your beans at a mediumish setting. (The bigger the number on Baratza grinders, the looser or coarser the grind and the smaller the number, the tighter/finer the grind; if the result is bitter, go coarser, sour go finer.)

Put the ground beans in the wet filter and put the Clever dripper on a scale. Then zero out the scale (“tare”) and change it from grams to ounces. 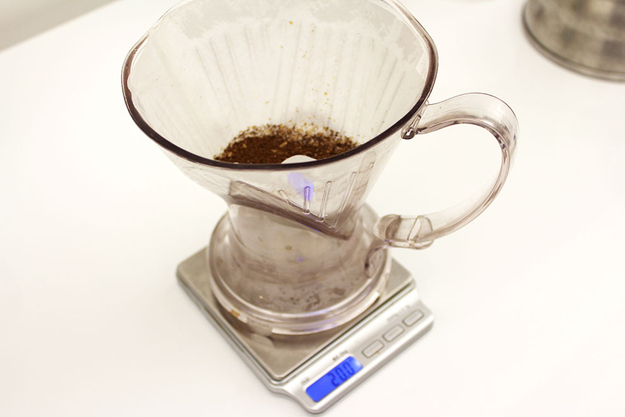 You will need the dripper to be on the scale when you pour in the water because you’re going to measure the water in ounces.

Set a timer for 4 minutes and press start. 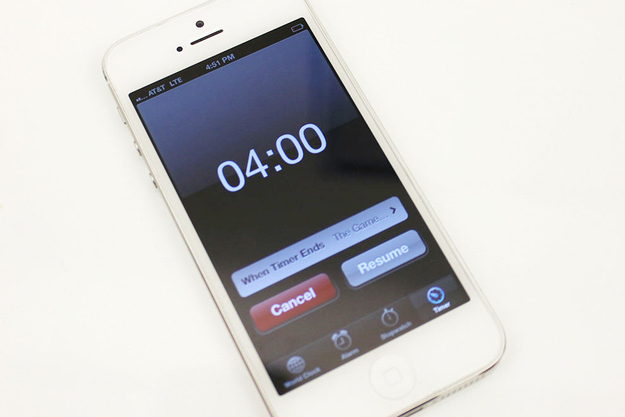 This is how long you are going to let the coffee brew.

Immediately pour 10 (or however many) ounces of the boiling water over the beans. 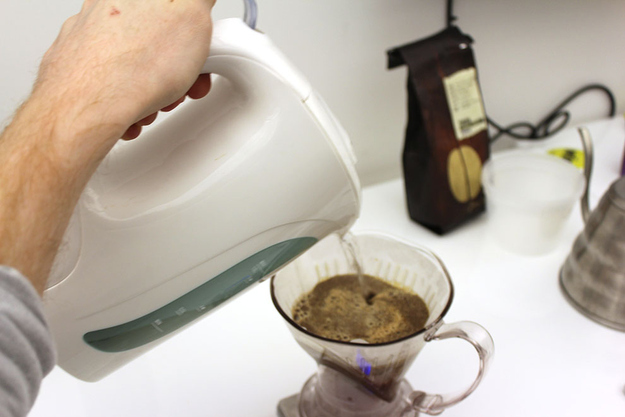 After 30 seconds have passed… 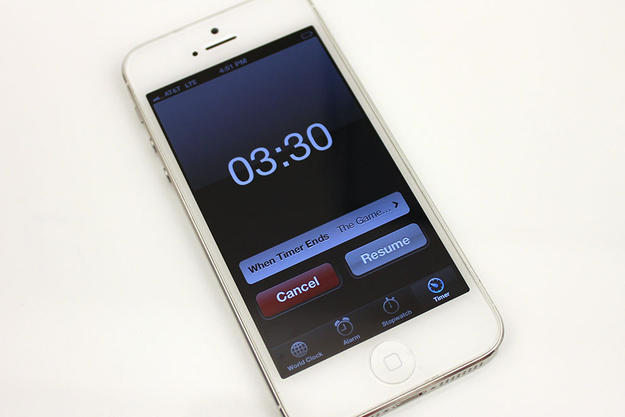 Stir the coffee three times to break up the crust that has formed. 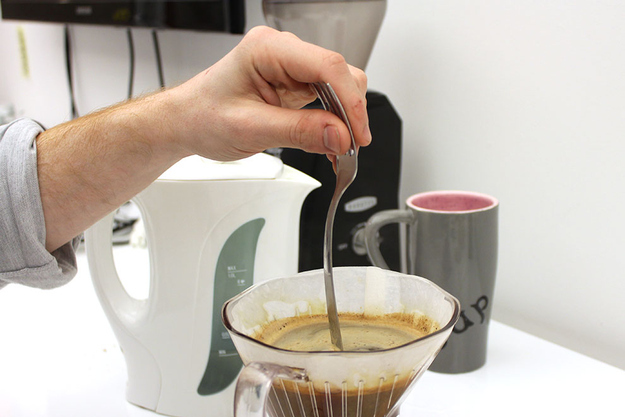 Then cover the dripper and let it sit until the rest of the four minutes has passed. 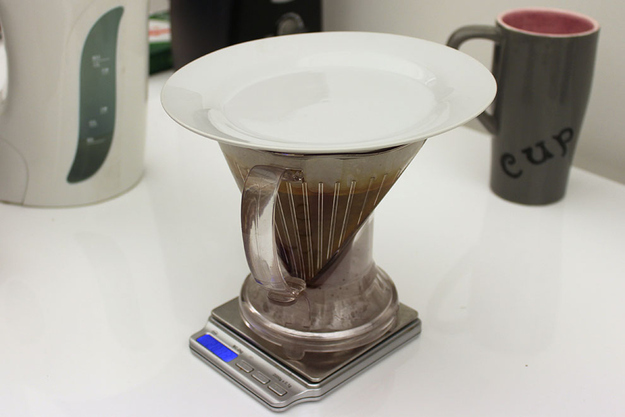 At the end of the four minutes, take the dripper off of the scale and set it on top of the coffee cup. 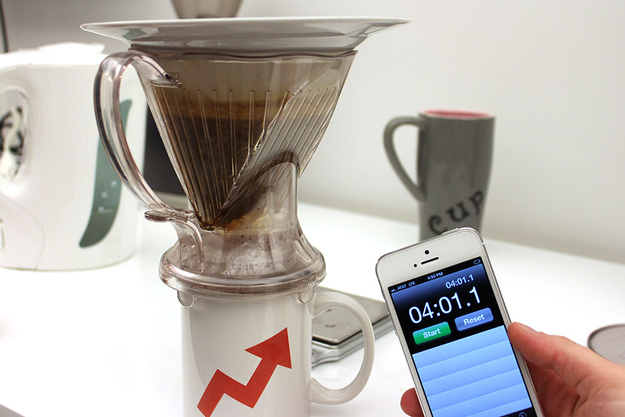 The release will be triggered by the coffee cup and the coffee will filter out. 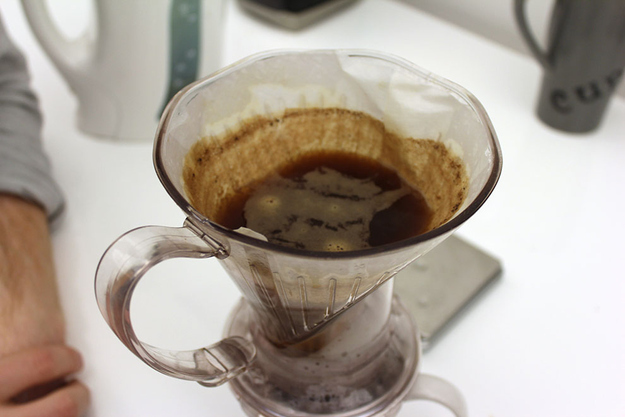 You should be left with a flat, even bed of grinds to discard. 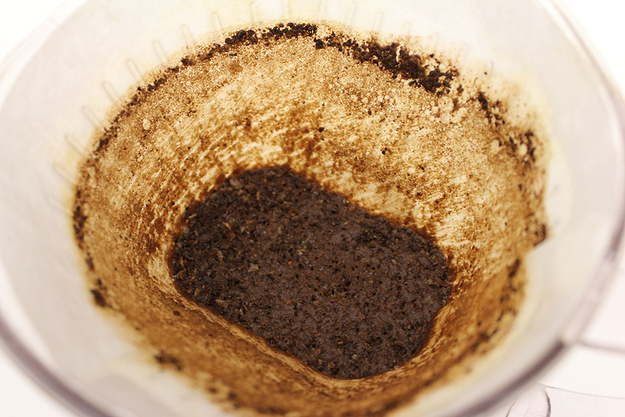 Clean the dripper by running hot water through it. 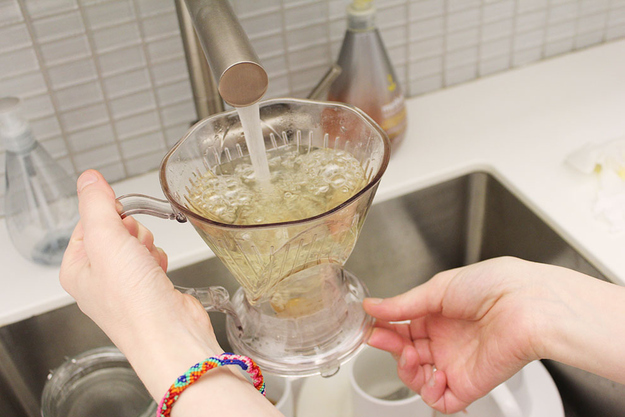 And trigger the filter mechanism with your finger. 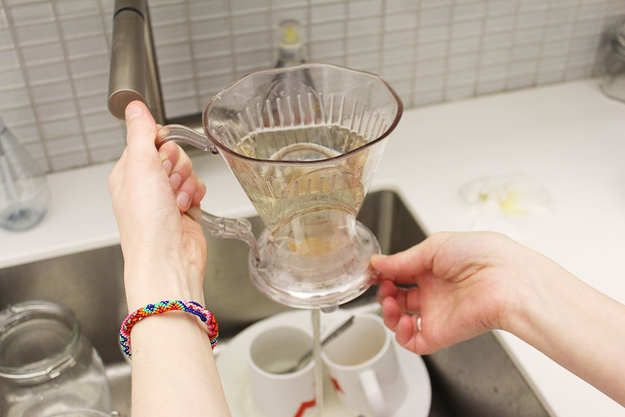